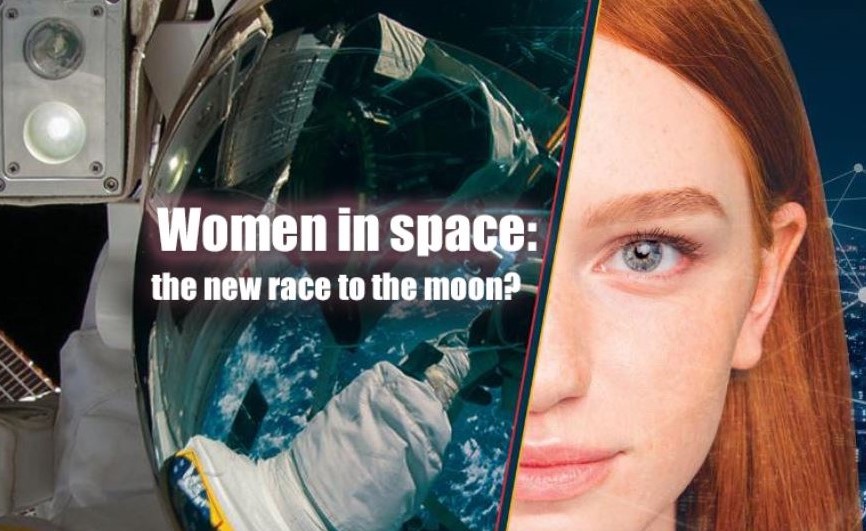 Women in Space: The new race to the Moon

For the first time in more than ten years, the European Space Agency (ESA) is looking for new astronauts. Just three months after NASA revealed the nine men and nine women to join the Artemis program, according to a recent press release the ESA aims for inclusiveness for the recruitment of its new team of experts. This is why the next European astronaut class has a great chance to be the first one to give parity to men and women.

The last time ESA recruited was back in 2008 and 2009. At that time, the former Italian Air Force pilot Samantha Cristoforetti was the only woman selected along with five other male recruits. Four years later, the United States was the first country to take a step towards diversity, when NASA recruited eight astronauts selected from more than 6000 applicants: four men and four women. In 2013, NASA’s 21st class became the first one with an equal number of men and women. As of November 2020, only 11% of the 568 astronauts who went into space were women, and space therefore remains a heavily male-dominated industry.

Shortly after Yuri Gagarin’s historic flight in April 1961, the Kremlin already understood that female space flight could serve its propaganda efforts and prove the Soviet domination in the emerging space race. That is why only two years later, on June 16th 1963, Valentina Vladimirovna Tereshkova became the first woman to reach space and made 48 orbits in her Vostok 6 spacecraft. Today, she remains the youngest woman to have been into space, and the only female astronaut to have completed a solo mission.

Despite the world acclaimed achievement of the 26-year-old soviet cosmonaut, it took two more decades for Sally Ride to make history when she became the first American woman to fly aboard Challenger in June 1983. The following year, the Soviet Union took the female space flight one step further when Svetlana Savitskaya walked out of the Salyut 7 space station to perform maintenance activities assisted by her colleague Vladimir Dzhanibekov. Thirty-five years later, in October 2019, a new Extravehicular Activity (EVA) record was set when the astronauts Jessica Meir and Christina Koch performed for the first time an all-women spacewalk around the International Space Station (ISS). With a total of 204 and 328 days spent in space, it is no surprise to see them joining the Artemis mission.

Artemis: the “new face of space”?

Named after Apollo's twin sister and Greek goddess of the moon, NASA’s new deep space exploration program aims to land the first woman on the moon by 2024. As a matter of fact, during the Apollo program, the 24 astronauts who had the chance to travel beyond Earth orbit were all men. But last December, the former Vice President Mike Pence announced that nine of the 18 astronauts of the Artemis Generation will be women, including Jessica Meir and Christina Koch. Together with ESA’s new recruitment campaign starting next month, the race to the moon could open opportunities for a new generation of women to make history, this time in deep space exploration.

Will the Moon be the next milestone for female space flight?

In addition to the possible changes in priority following Joe Biden’s election, NASA’s recent decision to delay the moon lander contracts cast doubt on the timeline of the Artemis mission. If the chances of seeing astronauts returning to the moon in 2024 seem slimmer, it is only a matter of time before we see a woman taking a small step on the moon and a giant leap for mankind!